Advice for avoiding misadventure this Christmas

With even Santa Claus falling victim to misadventure last Christmas, NSW Ambulance paramedics are encouraging people to be mindful of the potential for injury this festive season.

NSW Ambulance Inspector John Brotherhood said paramedics attend many injuries each Christmas that could be avoided with a little extra care.

“It’s a time of year when spirits are high and people are taking risks in the name of fun or engaging in activities that are beyond their ability and ending up in hospital,” he said.

A Santa Claus who suffered a dislocated shoulder while visiting a shopping centre at Wagga on Christmas Eve;

A 52-year-old man who suffered a fractured vertebrae after falling from a hoverboard at Forresters Beach;

A 23-year-man who ran naked in a park while intoxicated and drug-affected at Ambarvale on Christmas Day;

A 28-year-old male at Granville who fell and dislocated his shoulder after consuming “6 to 12 drinks” on Christmas Day;

A 30-year-old male who dislocated his hip on a slippery dip at Moruya on Christmas Day;

A 40-year-old man who rode a bicycle while intoxicated at Caves Beach and had to be rescued from a drain on Boxing Day;

A 50-year-old woman who suffered a serious wrist injury after falling from a child’s scooter at Culburra Beach on Boxing Day. 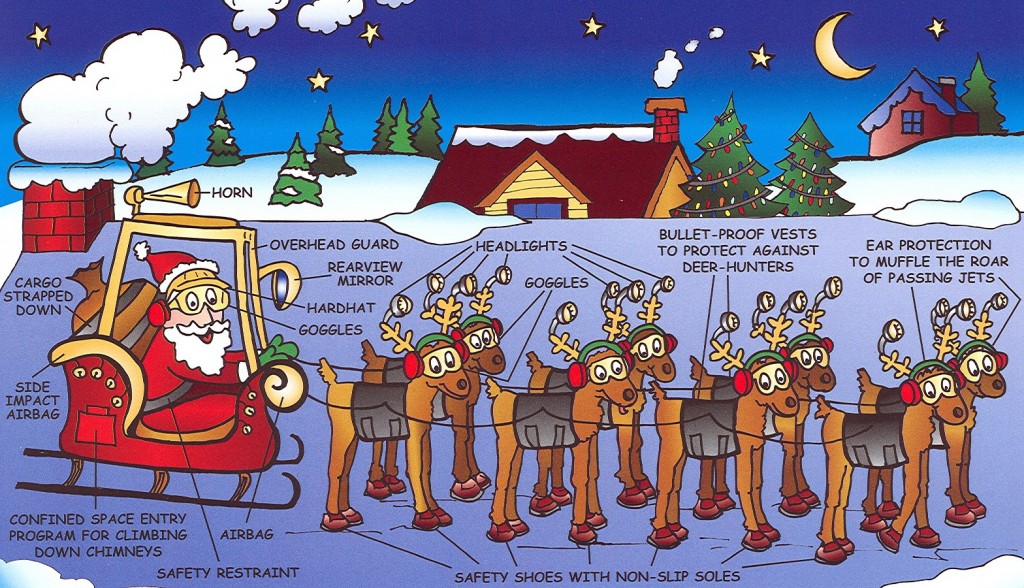 Mr Brotherhood said that, with general misadventure, there were many bicycle and scooter-related incidents including people who fell, crashed or collided with other cyclists and vehicles. There were also incidents involving skateboards, and three involving hover boards.

“People suffered injuries from sprains to broken bones. We also had a series of calls for slip and slides and swings, including a 30-year-old Moruya man who dislocated his hip on a slippery dip on Christmas Day,” Mr Brotherhood said.

“A 24-year-old man was also injured on an inflatable pool toy at Salamander Bay. Suffice it to say, if it’s been a few years since you’ve attempted a highly physical activity or something that involves a degree of skill, it’s probably best avoided.”

Mr Brotherhood said the potential for misadventure is exacerbated by the consumption of alcohol.

“People do things they may not do in a more sober frame of mind and end up embarrassed or, worse, seriously injured,” he said.

He reminds parents to supervise youngsters who receive new bikes, scooters, trampolines and other toys for Christmas, and to ensure the provision of correct safety gear, including helmets and padding, adding that every paramedic could relate a story of patients suffering the pains of the silly season.

“Control Centre staff are routinely faced with an unacceptable level of abuse and threatening behaviour from members of the public they are merely trying to help,” he said.

“These staff do an extraordinary job under intense and unrelenting pressure. There is simply no excuse for the abuse they routinely subjected to,” he said.

Meanwhile, NSW Police has issued a checklist for residents to be aware and stay safe over the Christmas-New Year season, including:

If your home has been broken into: