On Thursday in Sydney I met with Health Minister Jillian Skinner to press the case for the redevelopment of Armidale and Inverell Hospitals. I took with me nearly 4,000 signed letters, emails and messages of support from the Inverell and Armidale communities supporting the much-needed upgrades. They certainly made an impression on the Minister when I placed them on her desk so I’d really like to thank the Inverell community, council, local media outlets and the team at Inverell’s New England Mutual for their enormous effort in gathering such a large number of letters for our campaign.

The meeting was very positive and the Minister acknowledged the case and the overwhelming feeling in both communities for the projects. The Minister committed to carefully considering our case, the plans, costings and data over the next week I will be keeping the pressure on the Minister and the government for this critical funding.

On Tuesday I had the pleasure of welcoming three new medical graduates to Armidale Rural Referral Hospital. They began their internships this week. Dr Lucinda Parsonage, Dr Steven Demmocks and Dr Arisham Ramphul are in excellent hands as the staff here at the Armidale Rural Referral Hospital are highly professional and committed to delivering the very best of medical care to the community.

Rural health offers a totally different experience for graduates – they have the opportunity, not afforded in the city, to experience a wide variety of cases. It also introduces them to the joys of living in a rural area in the hope they will chose to return when their training is complete. I’m sure they will enjoy their 11 weeks here and I wish them all the very best in their training and future careers – I would like to think we will see them back here one day.

I was pleased to welcome the Minister for Ageing and Disability Services John Ajaka to the region on Wednesday. Our first official duty for the day was to unveil the new sign for Inverell’s BEST Food Garden, a wonderful innovative program which engages people with a disability in the growing and harvesting of fresh vegetables and the distribution of the produce to aged residents. Congratulations again to Danny Middleton and his team on the success of their program.

The Minister was then taken on a tour a tour through a new complex which provides individual units for supported living in Inverell. He inspected the recently completed Liberty Swing in Victoria Park which caters for young people in wheel chairs. In Armidale the Minister announced $1.26 million to construct a purpose-built, five-bedroom residence in Markham Street which will provide long term accommodation for people with a disability. 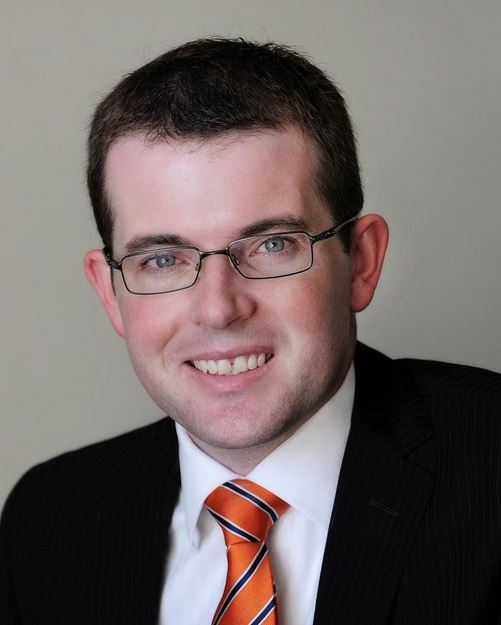 I welcomed an announcement this week by Premier Mike Baird and Minister for Ageing John Ajaka that the NSW Government will extend its commitment to fund concessions for the state’s seniors which were cut in the Federal Government’s budget. The Commonwealth terminated the concessions agreement in its Budget last year. In response the NSW Government decided to cover the shortfall of $107 million for 12 months. The state government will extend this support by a further three years if re-elected – a $343 million commitment.

This is fantastic news for the more than 18,000 over 60s in the Northern Tablelands who benefit from various concessions and assistance. I understand the cost of living pressures our seniors face and made direct representations last year to the Premier and Minister asking that we not leave them in the lurch. My requests and those of colleagues were well received and the government is determined to ensure seniors and pensioners are not adversely affected by the Federal Government’s harsh cuts.

Aboriginal artists can apply for funding

I would like to encourage local Aboriginal artists and arts organisations to apply for NSW Government funding to support local arts projects. The Aboriginal Regional Arts Fund program offers funding assistance for our talented local artists and will no doubt make a real difference to those who live and work in our community. The fund offers up to $3,000 for professional artists and up to $15,000 for organisations. Applications close on 9 March 2015. For more information and to apply, visit www.arts.nsw.gov.au

The NSW Government’s tough bail laws are now in force, making it harder for serious offenders to get bail. The community should feel safer now the changes were in place. From now, new laws makes it very clear that those who pose an unacceptable risk as defined in the legislation, should no longer be released on bail.

In the case of certain serious offences, the onus will be on the accused to show why their detention in custody is not justified.  This applies to crimes punishable by life imprisonment, the sexual assault of a child, serious firearm and drug offences, repeat personal violence offences and any serious indictable offence committed while a person is on bail or parole. Some of the key changes that have been adopted include:

I would like to call local Aboriginal residents interested in pursuing a career in dental health to step forward and nominate for two new cadetship positions aimed at boosting dental health services in rural and remote communities across NSW. The NSW Dental Council, the NSW Centre for Oral Health Strategy and the Poche Centre for Indigenous Health have two cadetships (including salary and tuition) for two Aboriginal and/or Torres Strait Islander people to undertake a Diploma of Dental Technology.

The NSW Centre for Oral Health Strategy has committed $200,000 to this important initiative over the next two and a half years, which will enable two individuals to undertake studies in a Diploma of Dental Technology commencing in 2015. For information or an application kit telephone Graham White on 9114 1118 or email [email protected] or visit us at www.facebook.com/pochecentre.  Applications close at 5pm on 27 February 2015.

I’ve had the pleasure of dropping into a number of public reserves in the Northern Tablelands in past week to make some significant funding announcements which have been very welcome news for the hard working trustees who put a lot of time and effort into maintaining and improving their community’s assets. The grants are part of more than $413,000 funding the Northern Tablelands has received under the latest round of the NSW Public Reserve Management Fund (PRMF).

I was also delighted to announce the Armidale Netball Association received a further $20,000 through the Community Building Partnership fund which will now allow them to go ahead with the construction of their $125,000 children’s’ playground at their Lynches Street netball courts. The Association has been working towards this for two years and I’d like to congratulate them on reaching their goal. It’s a great outcome for them and will be a very welcome asset for the whole community

Yesterday and the weekend

Yesterday I was in Moree with Roads Minister Duncan Gay, Barwon MP Kevin Humphries, Member for Parkes Mark Coulton and Moree Mayor Katrina Humphries inspecting progress on the $30 million stage 2 Moree town bypass project. Construction is ahead of schedule and looking good. It was funding jointly by the NSW and Federal governments. The Minister also announced a $500 million plan to upgrade the Newell Highway with extra passing lanes to be constructed between the Queensland border and Parkes, many of which will be in the Moree Shire.

Today I’m looking forward to attending the Bundarra and Uralla shows and I will try to get across for some trackside action at the annual Bingara Cup races.

Next post
Delungra War Memorial upgrade on schedule with$12,770 grant