Like many in the community, I was outraged to learn on Monday that four Glen Innes residents had avoided a custodial sentence for a violent attack on two senior Glen Innes police officers in March 2014. So the news that the NSW Department of Public Prosecution (DPP) had agreed to review the sentence was very welcome.

The two police officers were attending an incident in Taylor Street late at night when they were set upon by this group. The female officer was punched several times and suffered from blurred vision for three weeks while her male colleague was also injured in the violent struggle. Court records state that one of the offenders tried to take the officer’s weapon and threatened to shoot him.

Despite being convicted the gang walked free even though the judge deemed the attack to be ‘truly appalling’. I am at a loss as to the reasoning behind this decision – what sort of message does it send to the public and to our local police? Letting these offenders off with a slap on the wrist and a ‘don’t do it again lecture’ is simply not acceptable and doesn’t meet with the community’s expectations.

I’m pleased the DPP will be reviewing Judge English’s ridiculously light sentences and I hope her decision is not only appealed, but ultimately overturned and tougher penalties imposed, which fit this disgraceful crime.

The State Government has announced a new $1.1 billion Social and Affordable Housing Fund and I’d like to call on the region’s builders, housing corporations and not-for-profit groups, to come forward with proposals to deliver much needed new social and affordable housing across the Northern Tablelands..

I welcome the establishment of this fund and the more than 3,000 new homes it will help generate and as a country MP I’m delighted that 30 percent of those new home will be built in rural and regional NSW. There is a huge waiting list for social housing right across NSW and it is very apparent in country areas, so I’m urging locals to consider putting a proposal forward to provide housing and take advantage of this new fund.

Earlier in the week I inspected the work which has just commenced to improve safety on the New England Highway about five kilometres south of Armidale.

The $1.3 million project will improve a 1.27 kilometre section of the highway, south of the Arding Road intersection, by rebuilding the road base and resealing the surface.

This work follows the recent completion of an $800,000 project on the highway, south of the notorious Platform Road turnoff to remove a section of overtaking lane and dramatically improve the safety of the road surface. The New England Highway, between Armidale and Uralla, is one of the busiest sections of road in the Northern Tablelands and that’s why it’s important to continually improve the surface and road configuration to make it as safe as possible for motorists.

Calling on community to get involved in multiculturalism

I would like to encourage locals to get involved and become a champion of multiculturalism by joining a Multicultural NSW Regional Advisory Council (RAC). As part of the NSW Government’s Community Engagement Strategy, 12 RACs will be established in regional and metropolitan areas to facilitate consultation between local communities and the state government. The region will be covered by the New England North West RAC.

This is an opportunity for people from Northern Tablelands to play a part in further strengthening our cohesive, harmonious and diverse society. The RACs identify issues that affect our community and work closely with government and non-government agencies to help resolve them.

A great way to celebrate the success of local businesses is to nominate them for the 2016 Telstra Australian Business Awards. Our local businesses, and the incredible people who run them, are central to the strength of our local economy so it’s important for us to recognise them and continue to encourage their growth.

To nominate or enter the Awards, go to www.telstrabusinessawards.com or call the Telstra Australian Business Awards on 1800AWARDS for further information.

This week I’ve had the pleasure of announcing grants for several community groups who were successful in their applications for state government funding.

Thank you to Moree volunteers

Our country communities are built on the back of the efforts of volunteers – now, in the past and well into the future so, it was a real pleasure to have Minister John Ajaka in Moree on Wednesday, to recognise a large number of volunteers and three special local community organisations that support their volunteers. 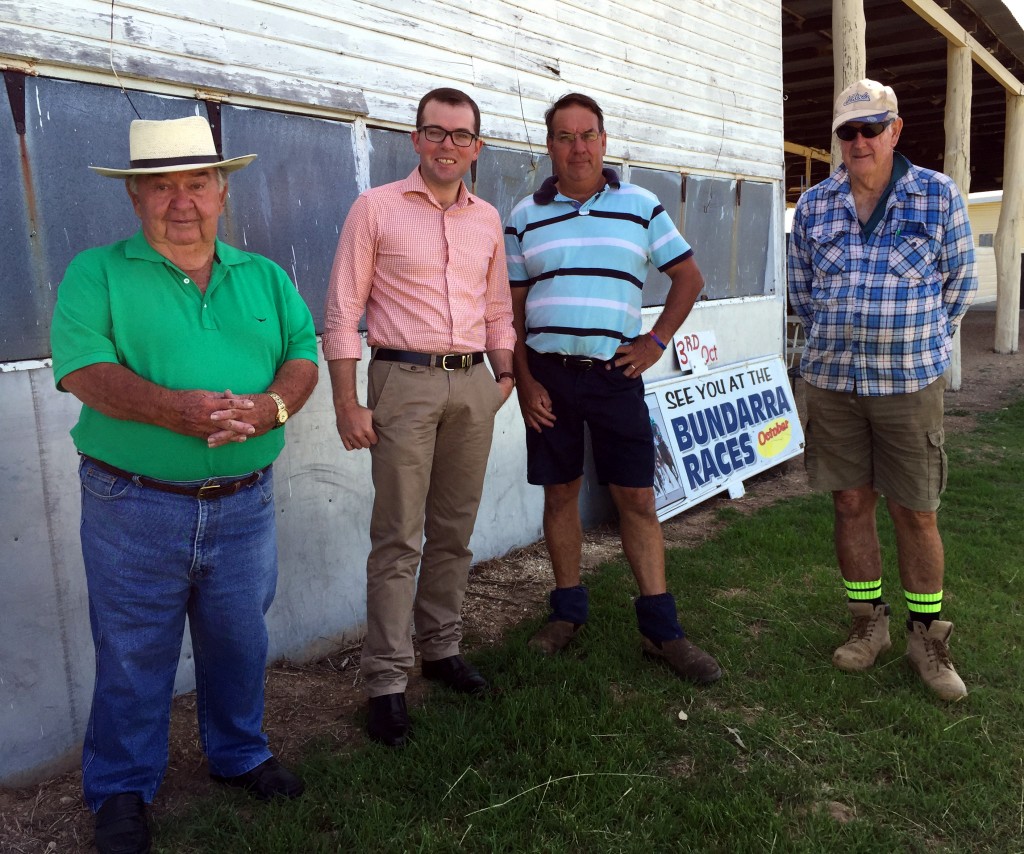 The Friends of Moree Regional Botanic Gardens, Moree Plains Gallery and Moree Family Support were each presented with a Statement of Principles for the Recognition of Volunteers Certificate for developing good practice and establishing rewarding roles for volunteers.

Yesterday morning I joined Member for New England Barnaby Joyce, Armidale Mayor Herman Beyersdorf, local businesses and NBN Co representatives for a special ceremony marking the full switch over of Armidale to the NBN network, a first for any town or city in Australia! The NBN provides many advantages for the Armidale community and economy and it’s now up the Armidale to capitalise on this ‘edge’ and leverage growth and many business opportunities.

It was a real pleasure to again attend the Class of 2015 Dux awards ceremony at Glen Innes High School where the highest achievers from last year’s Year 12 were recognised.

This morning (Saturday, February 6) I’m heading back to Glen Innes to join with members of the Fire and Rescue team to celebrate the centenary of the historic fire station. I’ll then head down to Uralla to attend the Show.