INDIGENOUS heritage and language is being celebrated across the Northern Tablelands, with NAIDOC week 2017 now in full swing – backed by $7,750 in NSW Government funding.

Member for Northern Tablelands Adam Marshall commended the hard work of local communities – with many well organised events that celebrate tens of thousands of years of aboriginal culture.

“Across the Northern Tablelands, there are many proud indigenous communities, each with unique history, culture and language,” Mr Marshall said.

“NAIDOC week is a perfect opportunity to celebrate the traditional owners of our land, as well as recognising the contributions that Aboriginal Australians make to our country and society. 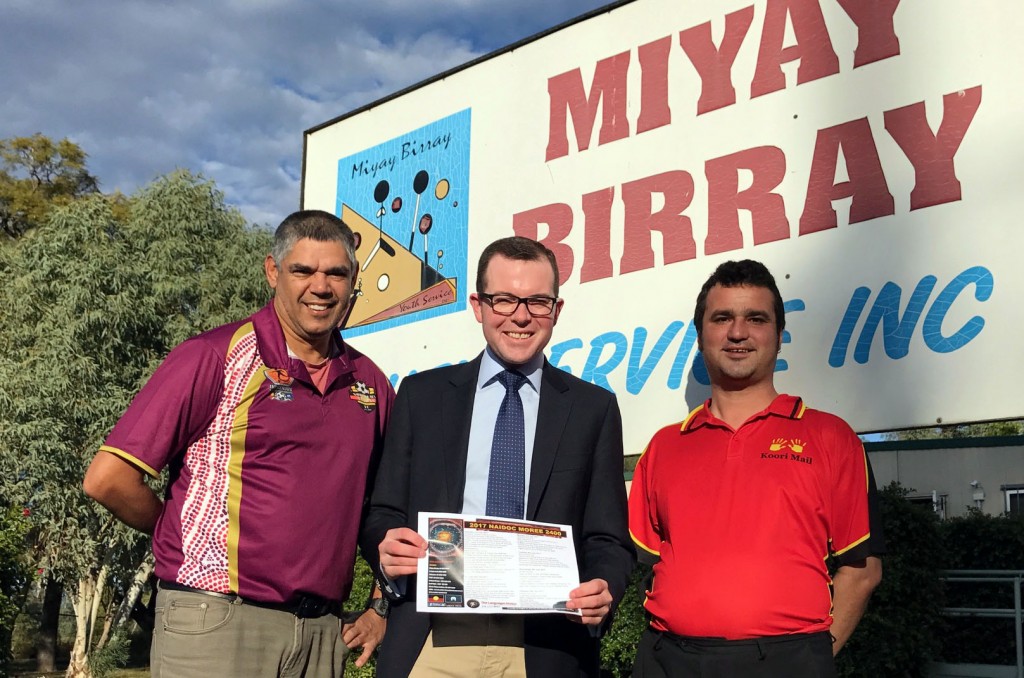 The NSW Government has sponsored several events across the Northern Tablelands, to ensure everyone is able to experience a unique insight into indigenous culture.

Mr Marshall said that with this year’s theme of “Our Languages Matter”, the Kamilaroi and Anaiwan languages would be highlighted.

“It’s a pity that while languages like Indonesian, French and Japanese form part of our school curriculums, our traditional languages have been largely ignored,” he said.

“That’s left many; including the Anaiwan language, at risk of extinction as older generations die and written records are lost.

“This year’s theme highlights the important Aboriginal language plays in cultural identity – and it’s a perfect opportunity to learn more about the linguistic history of our region.”

This year sees the expansion of several events, with Tuesday seeing Uralla’s first ever street NAIDOC week march. Mr Marshall encouraged all members of the community to join together in celebrations.

“Whether you identify as aboriginal or not, you’ll gain something unique by attending an event near you.