Federal Member for Parkes, Mark Coulton joined in congratulating the young storyteller at an event at Parliament House this morning. 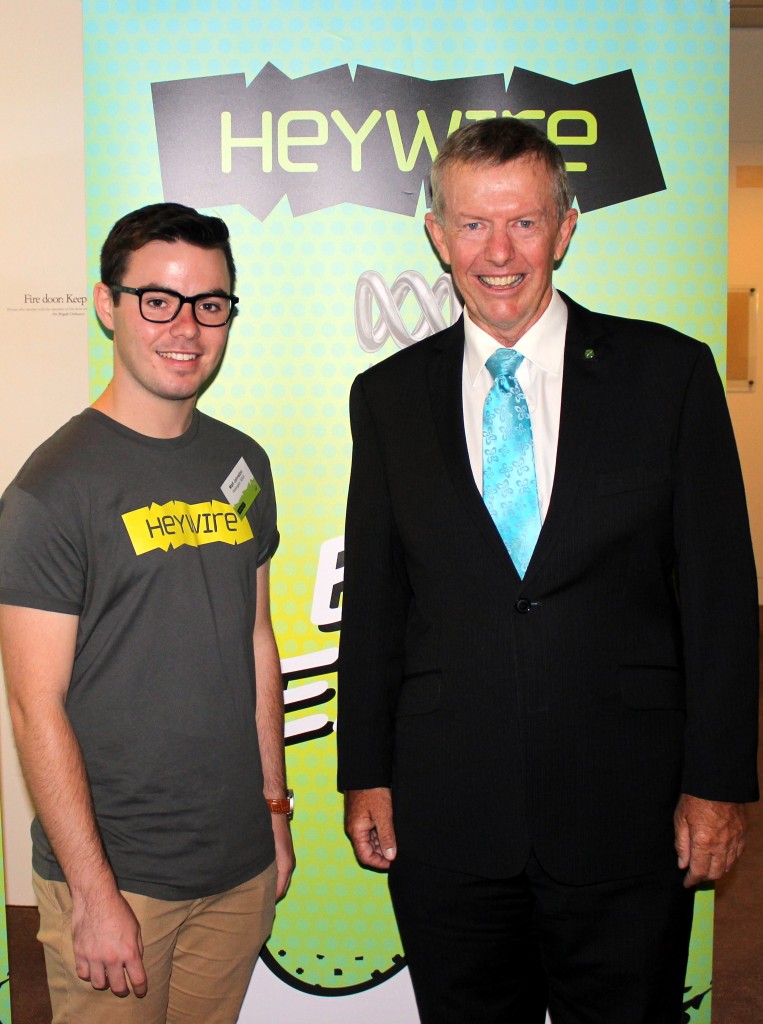 The annual Heywire Competition provides youth aged between 16 and 22 living in rural and regional areas with the opportunity to submit a true story about some aspect of their lives.

Winners of the competition receive an all-expenses-paid trip to the Heywire Regional Youth Summit, held in Canberra each February.

Matt’s winning story was one of 700 entered in the Heywire Competition for 2015.  His ideas on what a single house, place or home means to young adults really struck a chord with Mr Coulton who himself is a born and bred country boy.

“I think that country people in particular have a deep seeded connection to their home towns regardless of whether they stay in their home town or move onto other places,” Mr Coulton said.

“It was clear in speaking to Matt that he has a great passion of his hometown of Wellington and for rural and regional Australia more broadly.

“We need more young people like Matt out in our electorate mentoring the young people of our communities and showing them that you don’t necessarily have to move to the big cities to make a difference in this world.  There are opportunities right on our own doorsteps.”

Next post
Molly Heffernan, Yoga with Jen, and that famous pink elephant