And while the young 3kg-claimer celebrated well – she has tomorrow off – at the other end of the age scale, veteran trainer Peter Cleal scored a long overdue win with One Tin Soldier.

The gelding was Bolwell’s seventh win since starting with Sue Grills earlier this year.

Her first winner came at the Walcha Cup carnival but her recent riding has been interrupted by a two-month “spell”.

Bolwell had partnered Poet’s Trick at Moree and Muswellbrook and was delighted with his effort.

“He loves the wet, and needed that run at Muswellbrook, too.”

Bolwell made it a running double when the young 3kg-claiming apprentice grabbed her eighth career win on One Tin Soldier ($6) in the Advanced Inland Security BM-55 Handicap (1000m). 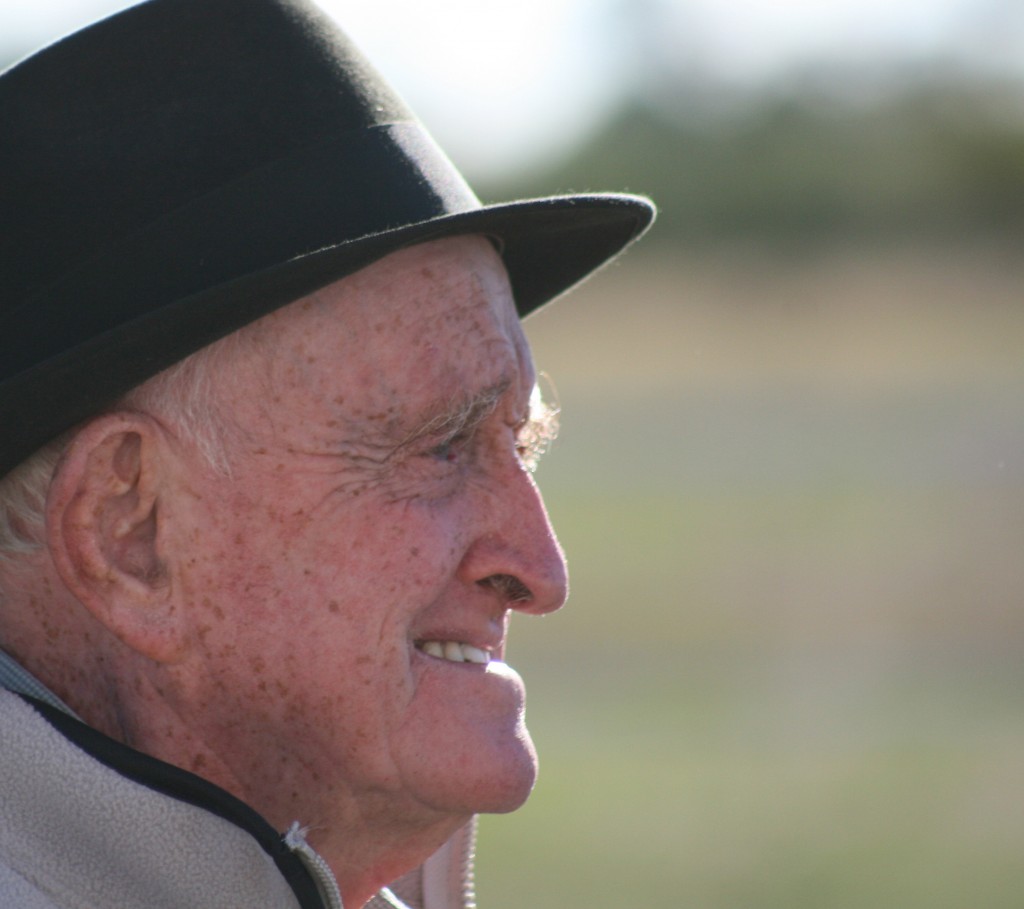 It was a contrast in ages as the apprentice jockey led all the way on an eight-year-old gelding trained by 79-year-old veteran trainer Peter Cleal.

For Bolwell it was her second race double in a short career, which soon became a career-first treble when Wanda’s Girl won the Class 1-Maiden Plate (1600m).

Like her win on Poet’s Trick in the previous race, One Tin Soldier led all the way.

“One Tin Soldier doesn’t race well when he gets back in the field,” Cleal said.

“Two years ago he led all the way and won at Bundarra,” he recalled.

“He’s a bugger of a horse to ride too, because he hangs a bit.”

Cleal has had One Tin Soldier “from day one”.

“He was broken in by Robert Clement. Won four for me now, had 11 seconds, too, and three thirds. He’s always been thereabouts, too. I was going to put him in the paddock but I’m glad I didn’t – he’s been up for quite a while, more than a year.”

Just where he goes now, Cleal isn’t sure.

“Wherever I can find a weak one,” he laughed.

Bolwell was all smiles when she made it three winners for the day aboard Wanda’s Girl in the JR Richard and Sons Class 1-Maiden Plate (1600m) for Kevin Dixon.

Meanwhile, Maddie de Belle had her first start for Scone trainer Greg Bennett at Tamworth today and romped to a decisive win in the Freight Specialists Maiden Plate (1000m).

While Greg Bennett was in Sydney for an Off the Rails special interview, stable foreman Tina Eveleigh was in charge at Tamworth and delighted with what could have been a debut, and a farewell, all at the same time.

The daughter of Bernardini had been trained by Gary Portelli but was sent to Greg Bennett earlier this month.

Johnstone family the hidden force behind Magic on the Mehi