ILLEGAL companion animal breeders will now have nowhere to hide with the NSW Government declaring war on puppy factories, announcing the creation of a dedicated hit squad to weed out rogue operators.

Minister for Agriculture and Member for Northern Tablelands Adam Marshall said puppy factories were both cruel and illegal in NSW and would stand no chance against a newly-formed Puppy Factory Taskforce within the RSPCA that will scour the State and throw the book at those doing the wrong thing.

“Puppy factories are abhorrent and are in clear breach of this State’s animal protection laws,” Mr Marshall said.

“With demand for pets skyrocketing during the COVID-19 period and reports of puppy factories on the rise, it is critical government throws additional resources at this growing and deeply concerning problem.

“The new Taskforce will consist of four new RSPCA inspectors (six in total) who will spend their time inspecting breeding facilities across the State and ensuring they meet the NSW Government’s robust animal welfare requirements. 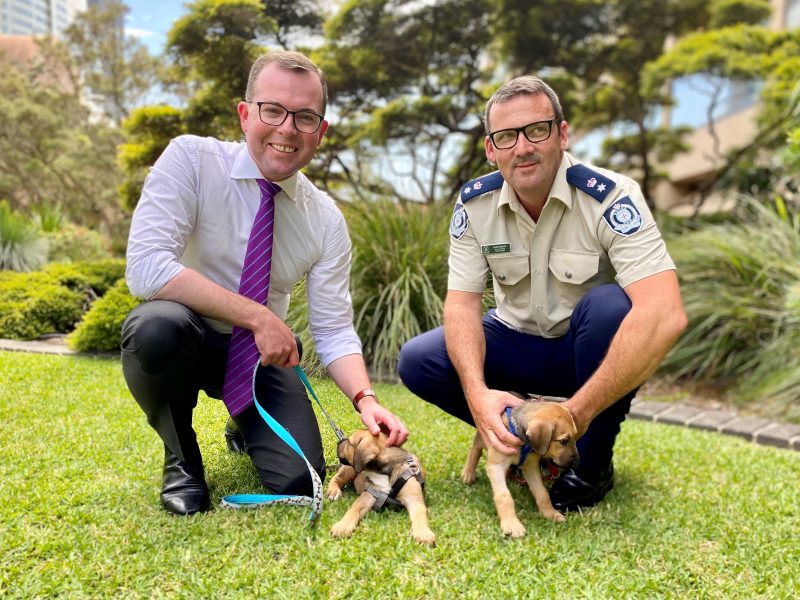 “They’ll also work hand in glove with NSW Police and intelligence officers, who will be monitoring online and social media platforms to help root out these grubs who are profiting from the mistreatment of animals.

“Most pet owners would be horrified to find out their beloved pets came from a banned puppy factory, so these new measures will help to provide added comfort to those thinking of bringing a fury friend into their family.

“My message today is clear – to the cowboy breeders doing the wrong thing, this is your last warning, comply with the law or pack up and move on – you will be caught and have the full force of the law thrown at you.”

Under current rules, any breeder found to be doing the wrong thing can have their animals seized, fines up to $22,000 and jail time of up to 2 years per offence.

RSPCA NSW CEO Steve Coleman welcomed the crackdown, which he said would help ensure the ‘Puppy Factory Taskforce’ was even better equipped to monitor the status of animal welfare by proactively working with breeders.

“This is a win for animal welfare, but also a win for all the breeders across the state who are doing the right thing and who care very deeply for the animals they work with,” Mr Coleman said.

“This funding will help ensure our animals are well-cared for, and that anyone who does try to cut corners with regard to their welfare will have enforcement action taken against them.”