DARK Mojo was supposed to be up front and barrelling along in Sunday’s $40,000 Moree Cup but missed the kick and was back near last before producing a brilliant final 400m to edge out Playing Game in the Moree Race Club’s 1400m feature.

Tamworth jockey Sophie Young rode the Gulgong gelding to secure her second Moree Cup after her 2014 success on Monashee Woods.

However Young said after the race that she had to overcome a number of early problems.

“He was a bit slow away,” she said, add that the pre-race plan was to have Dark Mojo jumping to be up in front or on the pace. 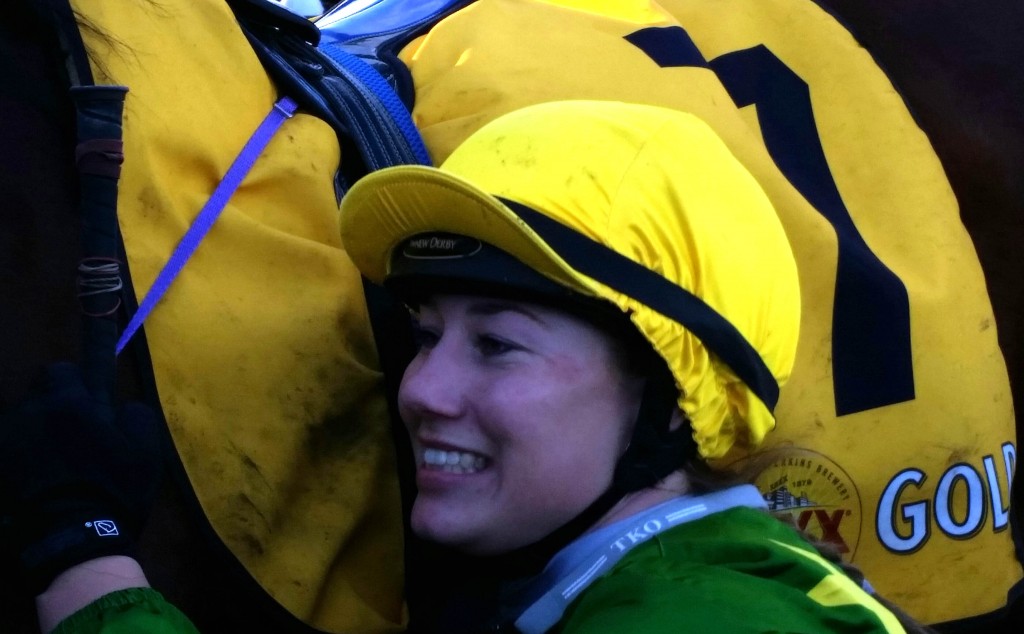 “He also hit me in the head and missed the start.”

Young gathered her composure and allowed Dark Mojo to find his feet – albeit near the tail – before stoking him up for a final surge and what was a second Moree Cup in three years.

“I can’t believe it,” she grinned.

Gulgong trainer Brett Thompson was equally as excited by the win, which saw Playing Game (11-2) second and Lonely Orphan (25-1) also rallying from back in the field with a fine third.

“He won first up for us at Narromine this time over 1200m at Narromine,” Brett Thompson said of Dark Mojo’s only other win this campaign.

“He paid $60 that day. I told all the owners he was an each-way chance but they backed him off the map.”

His runs since have all been good – three placings and two fourths included in his nine runs.

“They are a great bunch of owners,” Brett Thompson said.

“He never runs a bad race for them, can run him in any distance and always runs a good race.” 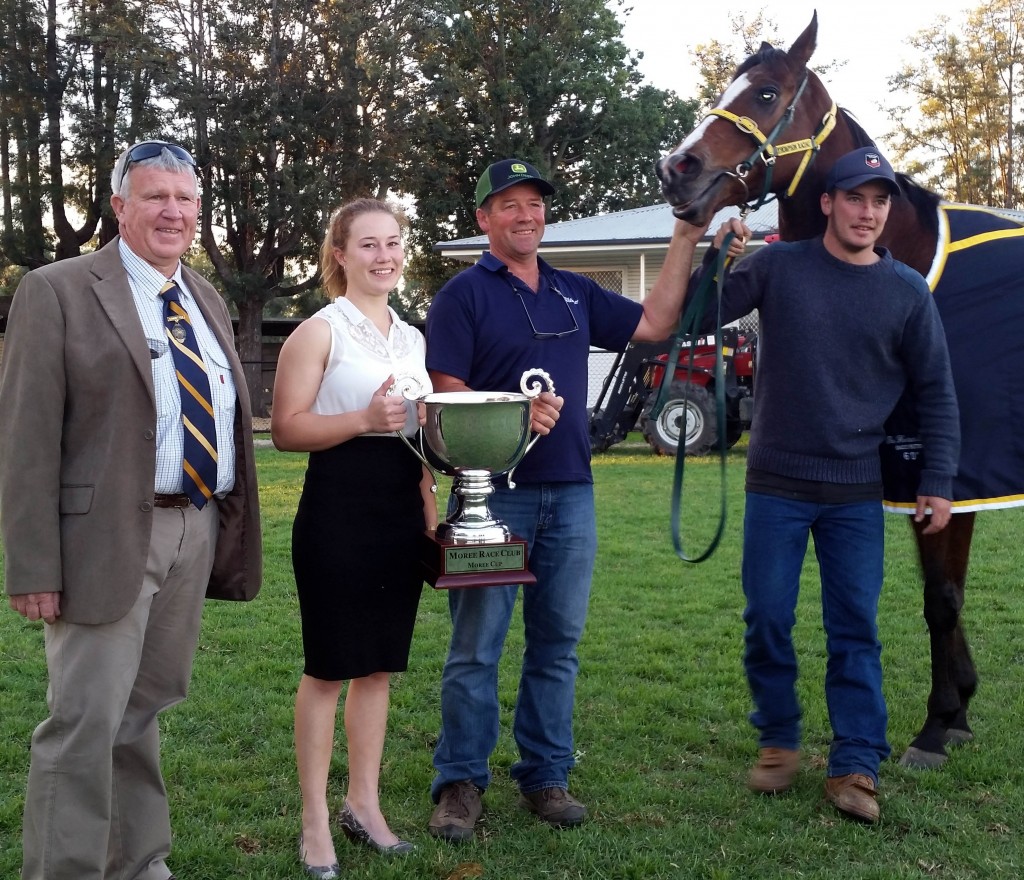 “Things didn’t go to plan but she (Sophie Young) rode him a treat.”

Meanwhile, Prince Mayted may head back to Sydney after winning Sunday’s 1000m Moree Town Plate, while gallant runner-up Hammoon Boy could be off to Brisbane after the pair fought out a thrilling finish in the feature sprint.

The Wauchope-trained Prince Mayted (4-1) prevailed by a long-neck in the $29,000 scamper with Belinda Hodder extracting plenty from the five-year-old gelding.

The versatile the son of May’haab will return to Warwick Farm in three weeks for an 1100m race and then contend a feature sprint at the Port Macquarie Cup meeting.

Runner-up Hammoon Boy (9-4fav) made it three seconds in succession after filling the same spot at Coffs Harbour and Tamworth.

“I might take him to Brisbane now for one of those no-metro win races.”