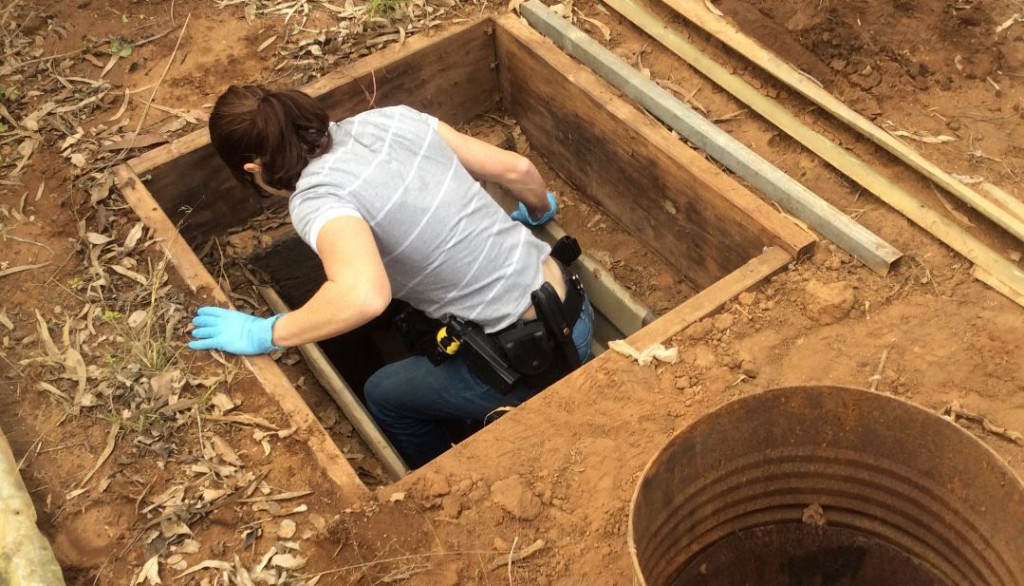 A large-scale underground network of concealed tunnels and rooms were discovered in a huge raid that netted 59 arrests.

It will be further alleged during the search of residences police located more than a kilogram of cannabis, 200 cannabis plants, seven native pythons being kept without licenses, a quantity of cash obtained from the sale of methylamphetamine and 20 grams of methylamphetamine.

Police will further allege a large scale underground network of concealed tunnels and rooms, a high quality and complex water filtration system, a number of illegal firearms, knuckle dusters and knives, a quantity of chemicals and equipment used for the manufacture of methylamphetamine and cannabis were also located.

All 59 people arrested will appear in the Toowoomba Magistrates Court next month.

“The information utilised by police was obtained from the tenacious efforts of Toowoomba police as well as the vigilant and informative members of the community,” Acting Senior Sergeant Loveday said.

Police would like any member of the public who wishes to provide information to contact Crime Stoppers on 1800 333 000.

For all non-urgent police reporting or general police inquiries contact Policelink on 131 444 or Policelink.qld.gov.au 24hrs a day

Three big Moree reunions planned for the end of August