YOUNG trap shooters in the State’s north-west will soon be able to test themselves on Olympic-class targets following the announcement of $10,120 in State Government funding for Moree Gun Club.

Club treasurer Terry Haynes said the funds will be used to install a Canterbury Crusader Trap and steel trap house at the club. 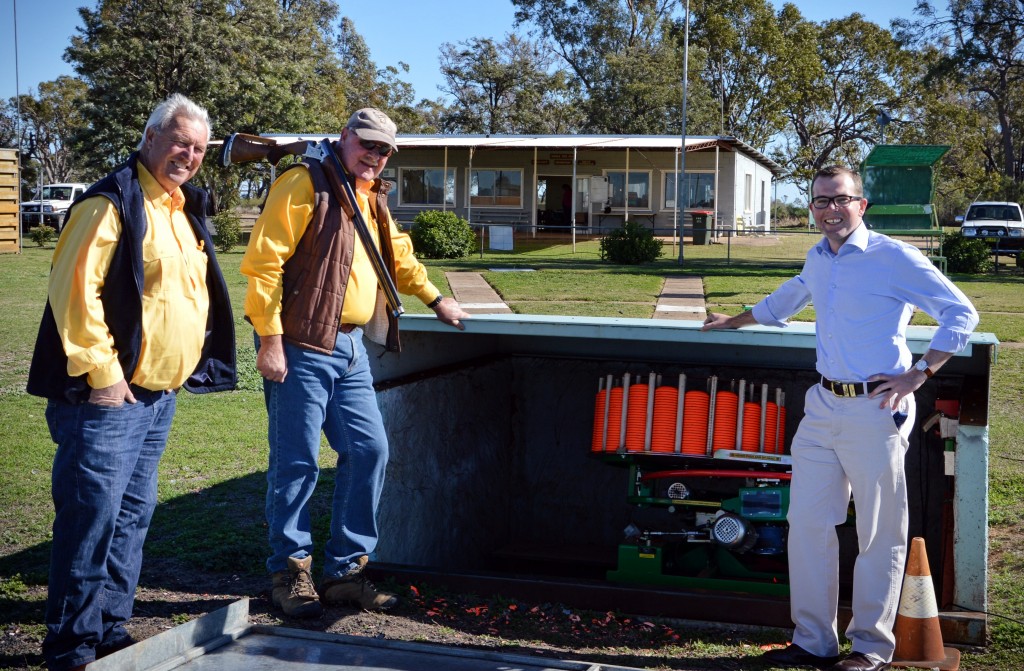 The trap throws targets at the speed and trajectory of Olympic-class units, allowing the region’s young shotgun shooters to be trained to a much higher level than is now possible. The steel house improves safety.

“Hopefully this means that some day, we’ll have a young shooter from the North-West competing in the Olympics,” Mr Haynes said.

Northern Tablelands MP Adam Marshall congratulated the Club on its successful application to the State’s Safe Shooting Program during a recent visit to the club’s range.

“It is a great pleasure to assist local clubs by providing the funds to increase the availability, standard and quality of sport facilities in the region,” Mr Marshall said.

“Clay target shooting is a very popular sport in our region and is increasingly becoming a sport for all members of the family.

“I’m delighted the club has secured these funds and I look forward to coming back to have a shot from the new trap.”

Gun clubs in the electorate shared $23,102 in Safe Shooting grants, which support safe, responsible use of firearms.