A JOINT, three-day taskforce at Boggabilla has uncovered $400,000 cash hidden in a Toyota Hi-Ace van.

About 5.20pm last Wednesday officers from the Traffic and Highway Patrol stopped the van with Queensland registration on the Newell Highway.

Following investigations, officers searched the vehicle and allegedly located more than $400,000 cash in a concealed compartment in the rear of the van. 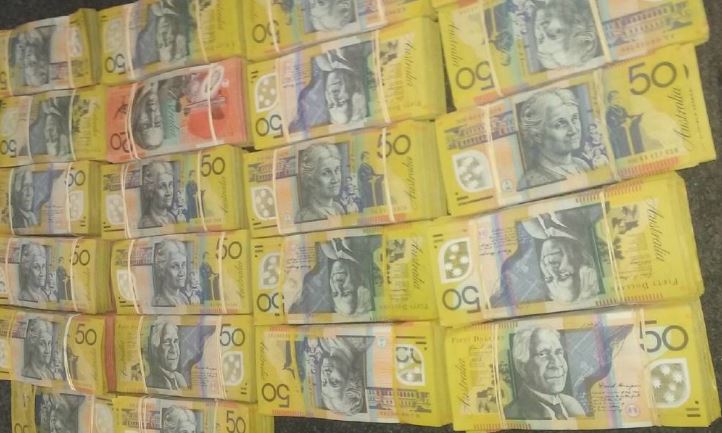 The cash, along with a number of fishing rods and other items, will undergo forensic examinations.

The 24-year-old male driver was arrested and taken to Moree Police Station where he was charged with possess proceeds of crime and goods in custody.

He was refused bail and is due to appear at Moree Local Court on 19 December 2016.

Officers targeted drivers near the NSW-Queensland border during the three-day operation, targeting heavy vehicles and the conveyance of illegal drugs between the two States.

A 31-year-old old man travelling from Queensland to Victoria in a Pantech truck was stopped and charged with high-range drink-driving after returning a reading of 0.190.

A 23-year-old Boggabilla woman with a learner’s license was charged with high range drink-driving after returning a reading of 0.160.

In the same vehicle a 56-year-old woman who was the learner’s supervisor, was also charged with mid-range drink-driving after returning a reading of 0.117

A 36-year-old man was charged with drug and firearm offences after an officer located an amount of drugs and an air rifle in his car.

Other results during the operation include:

Out of 365 Random Drug Tests, 13 drivers returned a positive result and were banned from driving for 24 hours, pending drug analysis.

14 drug detections were identified, resulting in charges and cannabis cautions

Police and Roads and Maritime officers inspected 2262 light vehicles, and 556 trucks and trailers, resulting in 30 defect notices issued for a range of defects.

Assistant Commissioner Michael Corboy of the state’s Traffic and Highway Patrol Command said that this operation highlighted the need for driver responsibility right throughout the NSW road network.

“Given the amount of vehicles that were inspected, these results are certainly encouraging in terms of the personal responsibility that road users must accept,” Mr Corboy said.

“With the road toll currently at 344, that is 32 more than this time last year, the operation highlights the commitment of various police Commands, other Government and interstate agencies in driving down the road toll on NSW roads.

“The issues that were identified, including the recovery of a significant amount of cash that is now before the Courts, demonstrate the fact that the police are on our roads to enforce road safety and address criminal activity on our roads,” he said.