Inverell confirmed as next ‘service site’ in the region

INVERELL will soon become the second community in the Northern Tablelands to have a Service NSW One-Stop-Shop, according to the State’s Finance and Services Minister Dominic Perrottet.

The Minister joined Northern Tablelands MP Adam Marshall in Armidale today to officially open the Armidale Service NSW Centre, which has been successfully operating, with a 98 per cent customer satisfaction rate, in since February this year.

Mr Marshall welcomed today’s conformation by the Minister that the State Government would locate a Service NSW one-stop-shop at Inverell, as part of the next round of new service centres to be rolled out in NSW over the next 18 months. 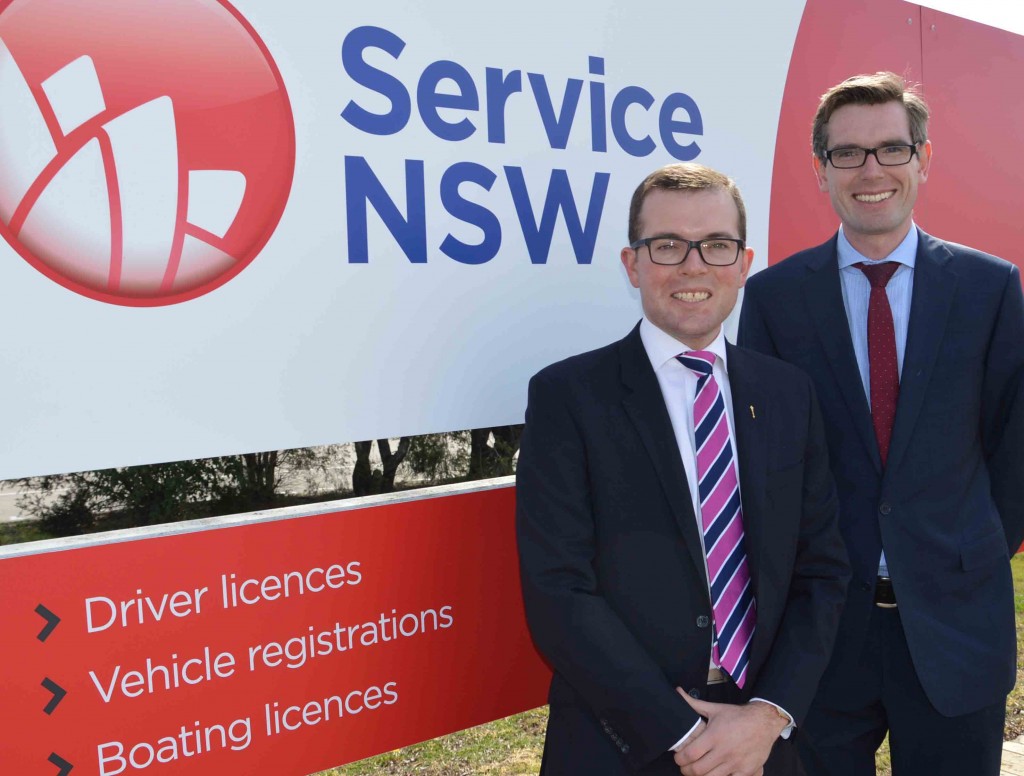 Northern Tablelands MP Adam Marshall and Finance and Services Minister Dominic have today confirmed that Inverell will be the next location for a Service NSW Centre in the region.

“This is wonderful news for the Inverell community,” Mr Marshall said.

“The Service NSW Centre in Armidale has been very well received with very positive feedback about customer service and speed of assistance and I have no doubt it will provide the same terrific boost for Inverell.”

There are now 28 Service NSW Centres across the State which allow customers to undertake over 800 different business transaction with the NSW Government in the one location, including licence renewals, vehicle registrations, birth certificates, Seniors Card applications, housing payments and more.

“Carrying out multiple transactions in one place saves everyone time and money,” Mr Marshall said.

“Additionally, the centre will be open for extended hours Monday to Friday and on Saturday mornings so customers can come in at time that suits them.

“The Armidale Service NSW Centre also had the benefit of creating six new jobs for the community.

“I look forward to bringing more news about the rollout of Service NSW to Inverell over the coming months.”

Since its launch in 2013, Service NSW has revolutionised customer service delivery with a new way of delivering services – online through www.service.nsw.gov.au and the new mobile app, through the 24/7 phone service on 13 77 88 and new one-stop shops with expanded trading hours.

Next post
$150,000-plus funding windfall for Inverell Showground Trust