THE COVID-19 pandemic has failed to slow progress on the $203 million Newell Highway upgrade from Mungle Back Creek to Boggabilla, with Northern Tablelands MP Adam Marshall announcing a four-kilometre section at the southern end of the project is now complete.

Mr Marshall said the project was successfully delivering a safer, smoother journey for motorists while creating local jobs during construction.

“We all know how important the Newell is – and this upgrade will deliver 27 kilometres of new road with 3.5 metre wide lanes in each direction, wider road shoulders and two new overtaking lanes,” Mr Marshall said. 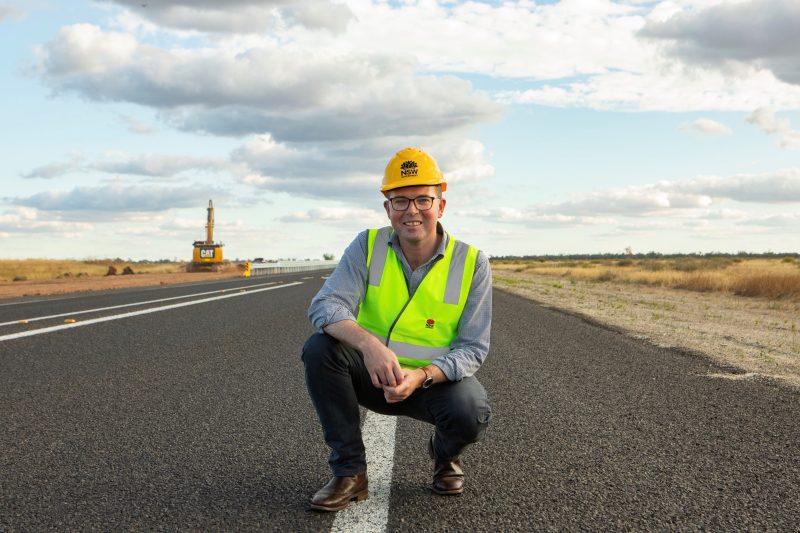 “It will improve productivity along one of the State’s most important freight corridors and deliver safer, more reliable journeys for all road users.

“Since March, motorists have been travelling on a new 18-kilometre section of highway, widened to accommodate higher productivity heavy vehicles, along with major intersections upgraded to improve safety.

“The great news is by the end of December another milestone will be achieved with a further five-kilometre section due for completion.”

Mr Marshall said the project was a welcome boost to the local economy, providing 582 jobs since it started, with a focus on Aboriginal participation.

“This project has created numerous employment opportunities for local Aboriginal people under the Aboriginal Participation in Construction policy, providing jobs, training and qualifications which would otherwise not have existed in a small community like Boggabilla,” he said.

“Up to the end of September, expenditure on Aboriginal participation in this project had clocked past the $3 million mark, equivalent to 61,108 hours.”

The work is funded jointly by the NSW and Australian governments, with a total commitment to both stages of the project totalling $203 million.

Next post
Moree Race Club grandstand to get $1.1 million makeover