NORTHERN Tablelands MP Adam Marshall has today announced $2.6 million in State Government funding to undertake the reconstruction and widening of a three-kilometre section of the Newell Highway at the village of Gurley, 30 kilometres south of Moree.

Mr Marshall said the project, scheduled to start on 19 October, was one of a number of road and bridge upgrade works worth $74.6 million slated for the Northern Tablelands over the next 12 months.

“More than $90 million will be spent upgrading the Newell Highway in Moree Plains Shire over the next four years, which is recognition of the importance of the highway to our region and the state’s economy,” Mr Marshall said.

“It’s wonderful to see such a large investment by the government into our region to make the Newell a safer and more efficient transport route.” 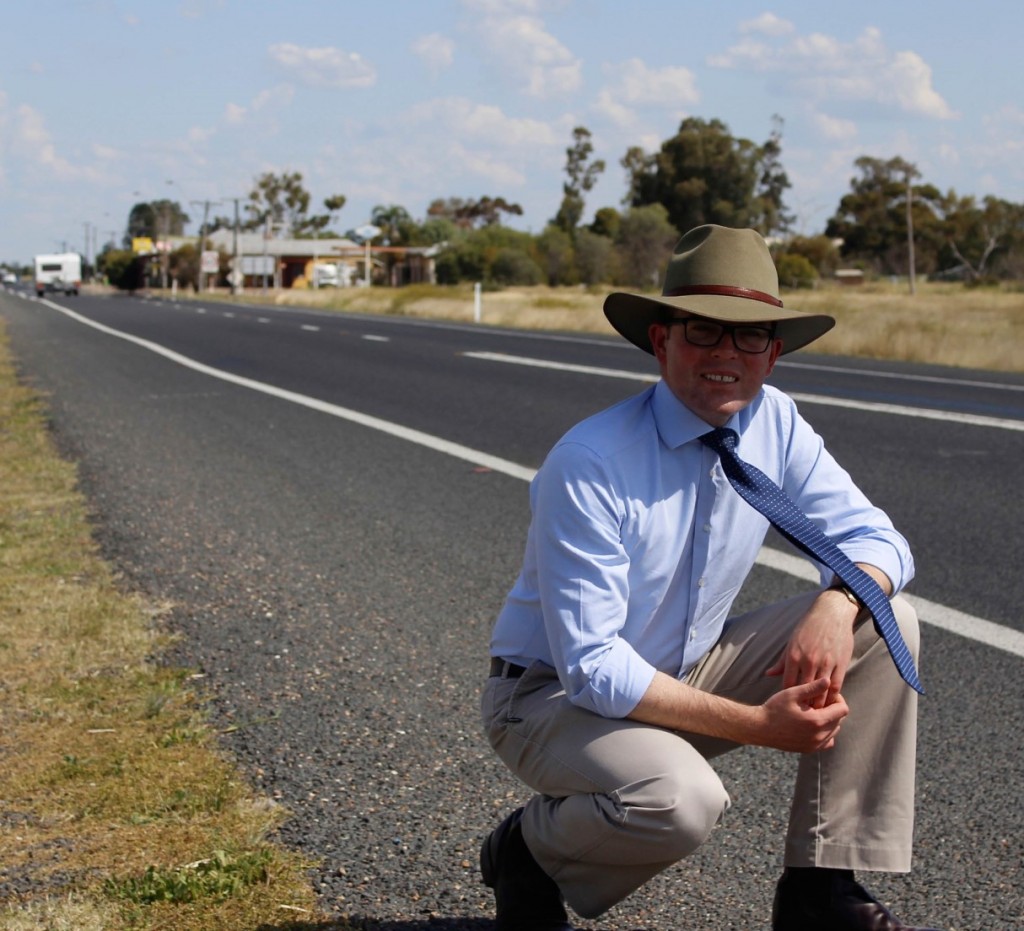 Northern Tablelands MP Adam Marshall pictured on the Newell Highway at Gurley where a $2.6 million road upgrade will begin later this month.

“Work will involve constructing a new road surface, widening the carriageway to 12 metres and providing a one metre wide centre line where possible to improve safety for the 2,700 vehicles which use the road every day, the vast majority heavy vehicles,” Mr Marshall said.

“During the project, which is expected to be completed before Christmas, repairs will also be carried out to drains along the road. A new seal and line marking will also be provided.

“The work will be staged so the Gurley village section will be completed at a later date to minimise the impact on harvest vehicle traffic.

Mr Marshall said Roads and Maritime Services (RMS) had also contacted property owners along the highway to offer property condition assessments as a baseline before work starts as there may be some vibrations experienced during construction.

“Every effort will be made to minimise vibrations and to minimise noise, including arranging the work in stages at different locations and ensuring construction vehicles and machinery are not left idling for long periods of time,” Mr Marshall said.

“Work will be carried out weekdays between 7am and 6pm and on Saturdays between 8am and 1pm, weather permitting.

“Motorists should plan their trip, allow extra travel time and follow the direction of traffic control and all signs, including reduced speed limits through the work site.

“I want to thank motorists and the local community in anticipation of their patience during this important road upgrade work.”