THE $15 million transformation of Moree East Public School is well underway, with some of the new customised learning spaces already in use.

“This is wonderful to watch,” Northern Tablelands MP Adam Marshall said today. Mr Marshall was at the school last week inspecting progress on the worksite with Principal Muriel Kelly 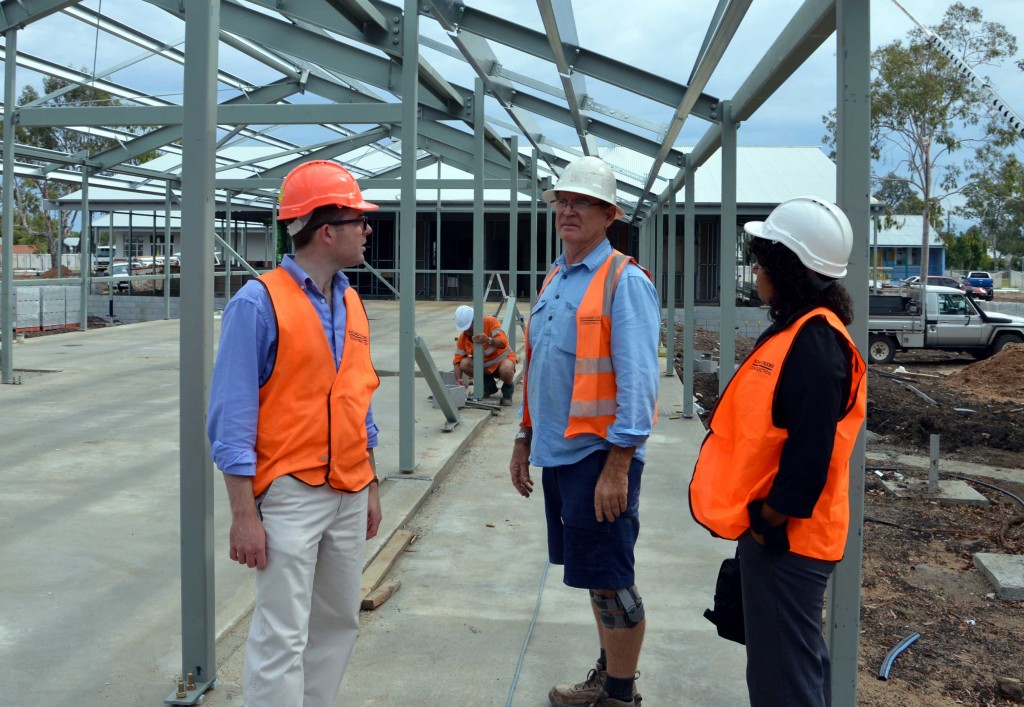 “In the space of a few months, we’ve seen parts of an outdated, not very functional school disappear and be replaced with facilities that actively embrace the community as part of the learning process,” he said.

“The work completed so far is incredible and I think the final result will surprise many people in the community and leave a state-of-the-art learning facility which will benefit local students for many years to come.”

The new Moree East school hall, community space and kitchen are almost complete. Two of the new learning spaces are already in use by students and staff. Work has begun on the new administration centre and classroom blocks.

The redevelopment began to make real a vision shared among teachers, parents and students of a school where Kindergarten to Year 6 pupils can be joined by their extended community. 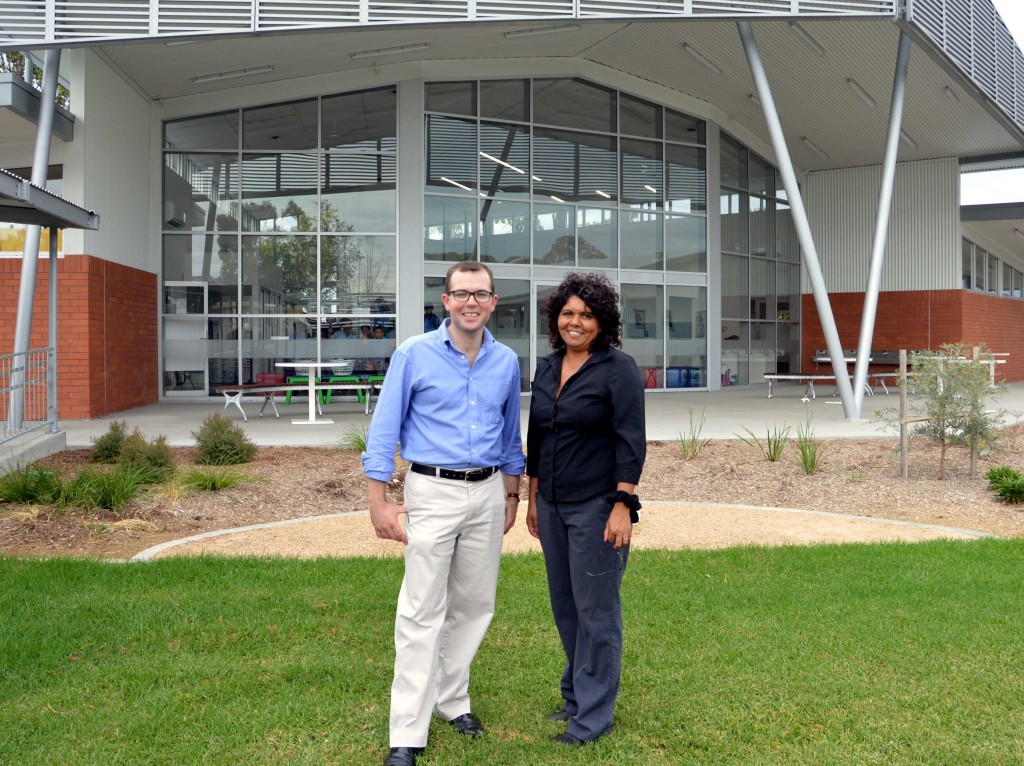 The plan was devised after a lengthy consultation process and design phase. It produced a concept for shared learning spaces that include state-of-the-art classrooms, outdoor learning spaces, a teaching kitchen and a well-resourced library and school hall.

Mr Marshall said the design process produced other ideas unique to the needs of Moree East, like a community room, an early childhood space, an undercover meeting area and a “yarning circle”.

“This development shows what’s possible when a community wanting to make important changes is proactive and can enlist the support of government,” Mr Marshall said.

Education Minister Adrian Piccoli announced funding for the rebuild in late 2013, as part of a $35 million capital investment program in a number of Western NSW schools.

The three-stage rebuild of the school has been planned so that construction will cause minimal disruption to daily school operations and student learning.

Work is on track to be completed as scheduled in October this year.