AN 11-year-old boy charged with arson is one of at least eight people arrested during the past week as Strike Force Claymore 2 enters its fourth week of operation in Moree.

A firearms prohibition order was issued against a 24-year-old male and a number of known offenders warned under consorting legislation.

Officers also responded to reports of arson and driving complaints which led to the arrests of:

In other results, a 29-year-old man was returned to prison to serve the balance of his parole.

A 30-year-old woman was on Saturday arrested for an outstanding warrant following a vehicle stop. 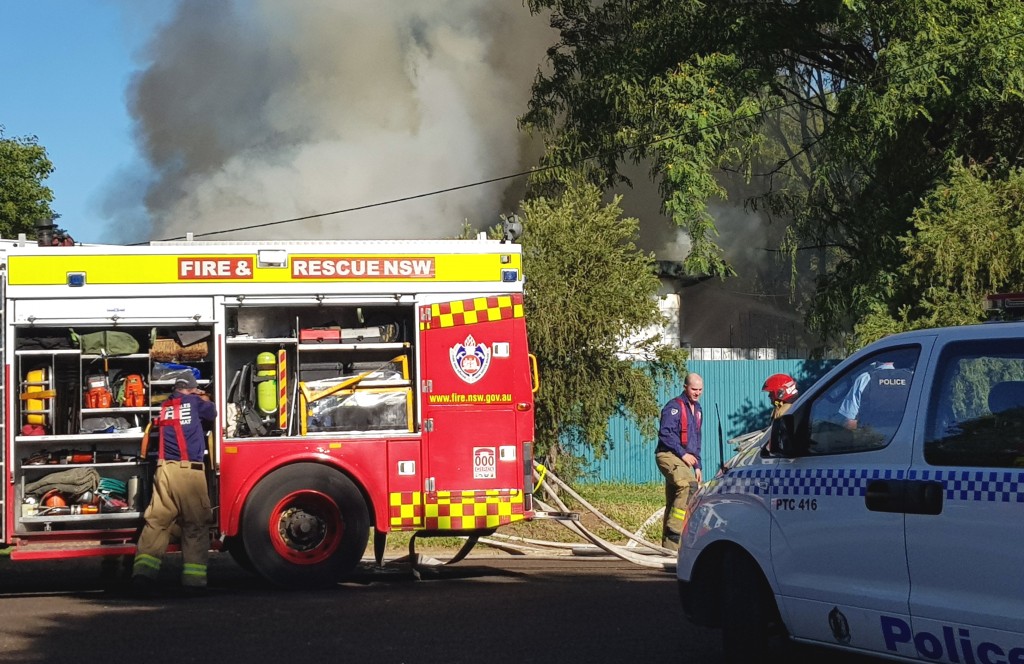 Fire fighters and police officers at the scene of a fire in Moree last week (Image: Bill Poulos)

She was also charged with driving disqualified and on Sunday afternoon a motorcycle was seized in Anne Street.

A series of high visibility police deployments were conducted in Barwon Local Area Command (LAC) this past weekend, with Barwon local area command crime manager David Silversides saying that during this period, additional uniformed and non-uniformed police were strategically deployed in phases over the past four days.

Police from Western Region conducted the latest in a series of high-visibility policing operations in Moree while officers from Barwon, New England, Castlereagh and Orana Local Area Commands, as well as the Police Transport Command and the Dog Unit, were utilised at the weekend.

Eight people were charged during the course of the two-day operation, with offences including larceny, fail to comply with a move-on direction, having custody of a knife in a public place, and a range of traffic offences.

An 11-year-old boy was arrested after a granny flat was allegedly set alight. Emergency services attended and extinguished the blaze.

The boy was charged with damage property with fire and will appear in a children’s court on Monday, January 8, 2018.

“The message is clear: anti-social and criminal behaviour will not be tolerated by the police or by the community,” he said.

Anyone with information that may assist police in relation to people wanted by the police; unsolved crimes and/or future crime that is being planned; or suspicious and unusual activity are urged to contact police either by phoning Barwon Local Area Command on 02 6757 0799 or Crime Stoppers 1800 333 000.