IT has taken nearly four years, but a fund-raising target that was once considered a pipedream has been reached – and thanks to the generous customers of popular mobile coffee outlet Deluxe Café Moree, the Moree Hospital is now $10,000 richer.

In early April, 2011, when owners Bill and Cindy Poulos utilised a counter-top tip jar to raise money for their local hospital, they optimistically figured it would generate about $1000 annually – often joking that it would quite likely be more than 10 years before $10,000 was raised.

But the Moree community is a giving lot and, despite floods and droughts and plenty of hardship in recent years, the magical $10,000 target was reached – more than six years ahead of schedule.

“We started the tip jar hoping to raise a few hundred dollars, not quite realising just how generous the people of Moree could be.

Over the last three-and-a-half years Deluxe Café Moree has given a steady flow of cheques to Moree Hospital, and the money raised has helped the facility purchase much-needed equipment.

“Every couple of months we drop in a cheque to the hospital and it hasn’t taken very long for all those cheques to add up,” Cindy said. 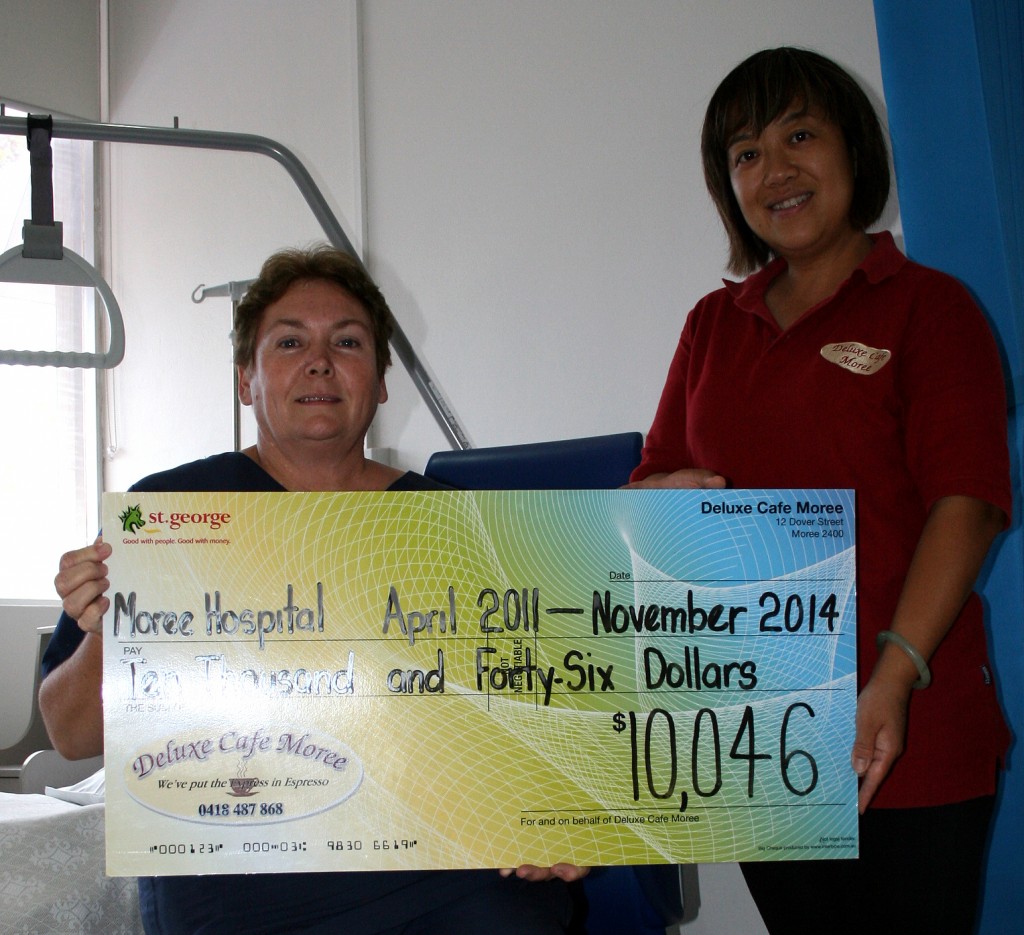 “Early on we put the tip-jar donations towards the oncology unit, in particular its refurbishment,” Mrs Cosh said.

“Everything in the oncology unit has been donated by the Moree community; there is no Hunter New England money in it at all – it’s all locally funded.

“Now we have new patient chairs in the wards, and these were paid for using the donations from the Deluxe Café.

“Moree Hospital is very thankful. We appreciate the Deluxe Café’s coffee as well as the generous donations – not sure in which order, though,” she laughed.

The chairs, with a $950 price-tag, are purpose-built. There are no areas or surfaces that can’t be sanitised or wiped – making the prevention and control of infection much more maintainable.

“The previous chairs were old – and old-fashioned; the new ones are very modern, very nice and very comfortable and they prevent pressure injuries in patients as well,” Mrs Cosh said. 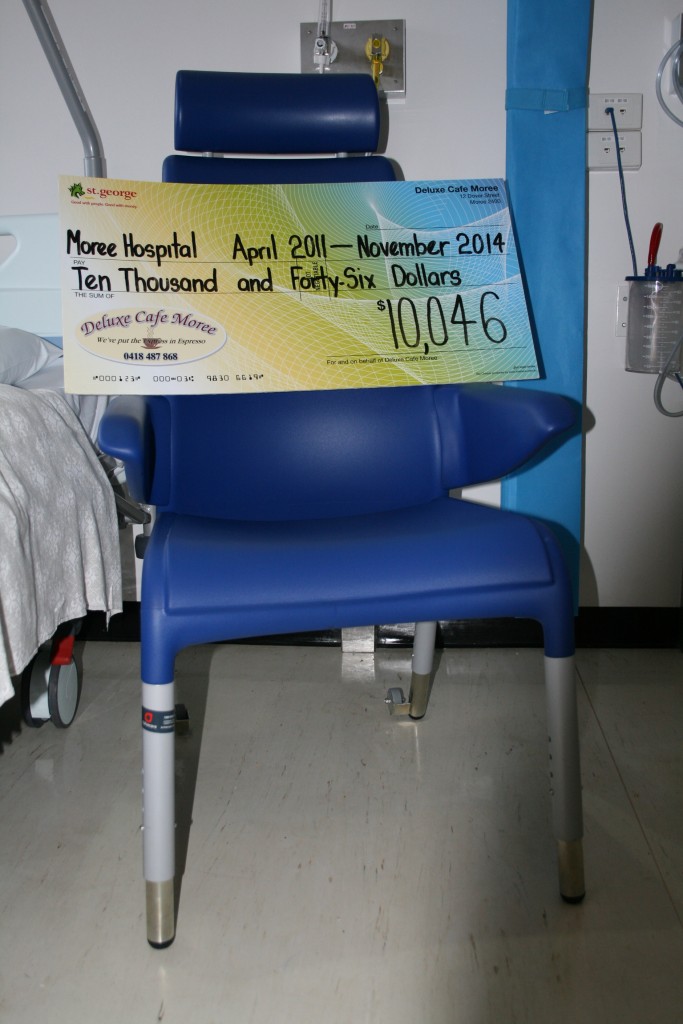 One of the Moree Hospital’s new chairs, purchased with money raised by the customers of Deluxe Cafe Moree

“These chairs are much more comfortable, and are easily moved – turned on their sides they have wheels – and they are much more mobile than the big, heavier chairs that we used to have,” Mrs McNamara said.

Humphries calls for nominations to honour women in local government